So there’s this new thing Khaled does now that we have certain luxuries like a front porch and an elevated view of the distant shorelines of Windenburg. He likes to get up in the middle of the night to paint. 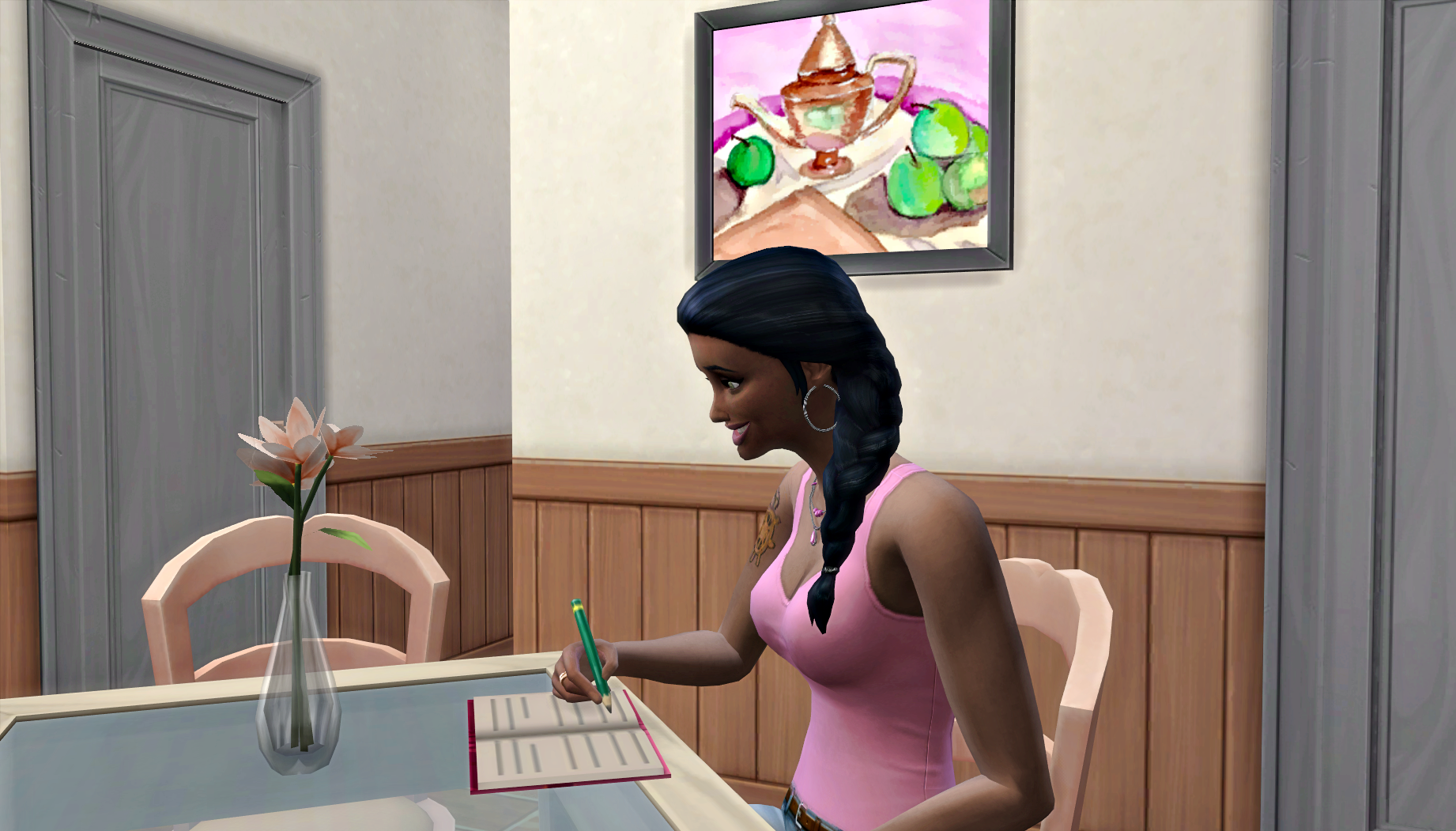 Whenever inspiration strikes him, he makes a beeline for his easel. He said that outside was the perfect spot to paint because each hour of the day brought him a different view of the coast and our neighboring islands.

When I finally got around to getting a frame for his first painting he completed in our house, it took up too much space above the TV, so I moved it to another wall, so it still has a prominent place in our home. We can’t afford any art just yet, and Khaled refused to hold on to any more of his. So that one painting is doing a lot of heavy lifting.

I must admit that I didn’t pay much attention to the walls though. Not when I could spend my evenings watching the Romance channel on TV with Khaled.

Or when we sit together at our dining table and each share how our day went.

Or when Khaled stops me for no reason at all except to show me affection.

It’s been like living in a dream. I’m telling you, I should’ve put on my big girl panties a long while ago, and maybe I would’ve had this as my life even sooner. But as my bad horror movie loving boyfriend likes to say, everything happens in the time it’s supposed to.

It took me a few days, but I finally reached a new normal after the haze and newness rubbed off. I started jogging again.

With the drama of will-they-won’t-they lifted, my mind was able to focus on other things as I ran. I realized I’d been neglecting my friends, and I needed to work on that. I didn’t want to be the girl who disappeared just because she was happy in a relationship. As I ran to my favorite spot on the island, I paused for a second to send out a text.

I just needed time to get back home and shower, then I would have company over to catch up and see my new place. Everyone but Don was busy, and he had several jokes to make about being a third wheel when he realized no one else was coming. I tried to tell him he was being ridiculous.

But Khaled is so affectionate, perhaps Don had a point.

The three of us chatted and caught up until Khaled decided it was his nap time. I swear he keeps the oddest hours for when he’s awake versus when he’s sleep. Once it was just the two of us awake, Don switched to calling me debutante (his private nickname for me), and asked me when me and Khaled were getting married.

I told him we weren’t rushing, and that was totally fine with me. He laughed so hard, so I’m gonna guess he didn’t buy it that I was in no rush to take things to the next step. But I’m not, not really. I have a comfortable home now, which Khaled’s money helped me build. I’m doing so well at work, I know I’m going to be promoted to Vice President before long, and I’ll be the youngest one in company history. And I have a man by my side who love me to pieces. I’d be crazy not to be satisfied with that, right? 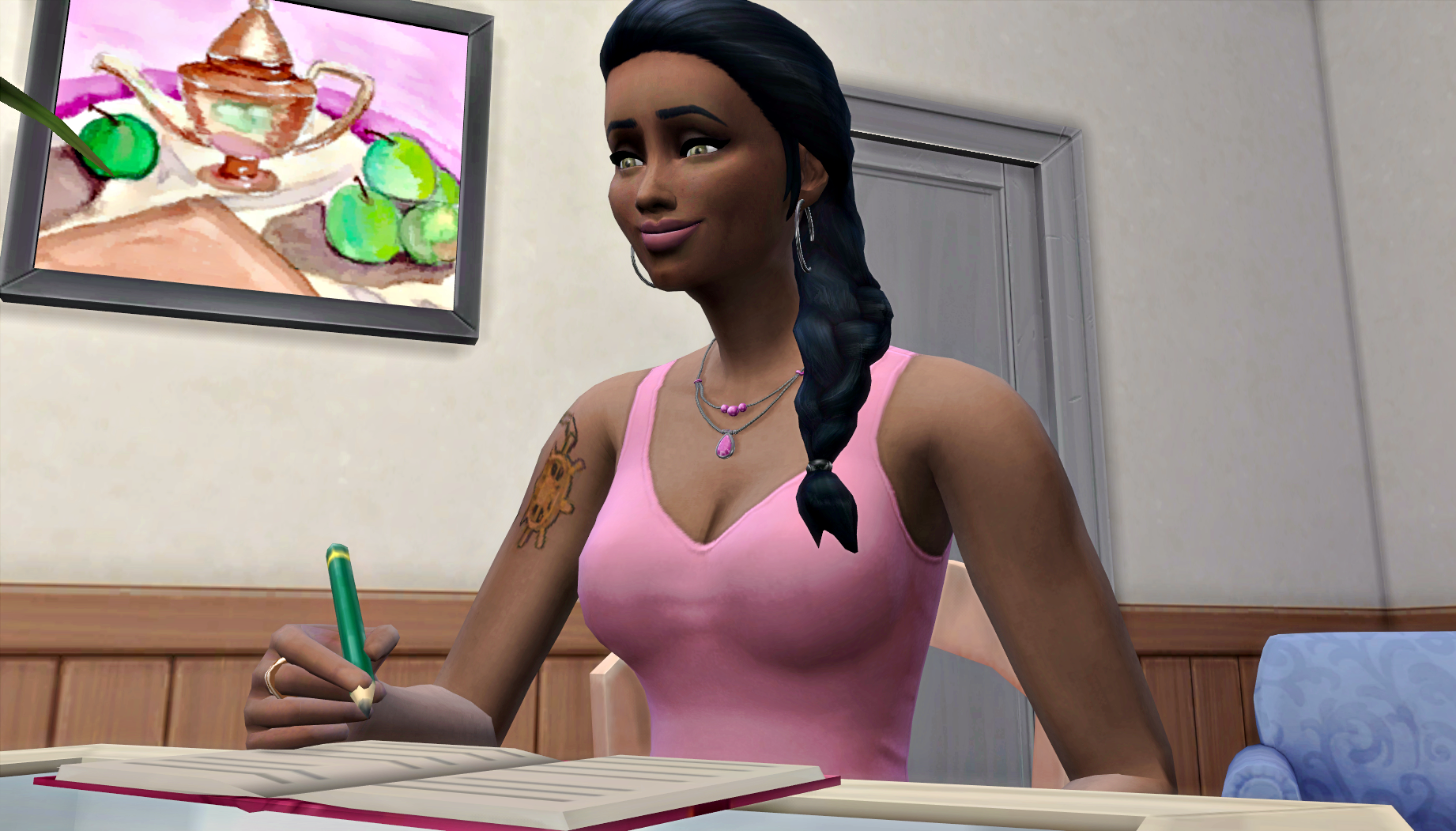 Don had to head out before Khaled awoke from his nap, but he promised he’d be back to hang out soon now that we had a proper home with a couch. I got up to start dinner and had to admit Don was right. It was amazing to have a real home with a couch, and a kitchen, and a gas stove. I’m going to make this version of my life work no matter what. I’m not starting back over again after all of this.

Once I was safe for the night, I grabbed Khaled and let him know how I wanted our evening to end.

He was on board and led the way to our bedroom.

This bedroom in this house is special. It was built entirely for our needs and Creator-willing, Khaled will be the only man I’ll ever share this with.

AUTHOR’S NOTE {ISBI SCORE: -10 +10 = 0. I had to double check the ISBI rules again. I realized I never gave Nivea her points for completing two aspiration milestones!}